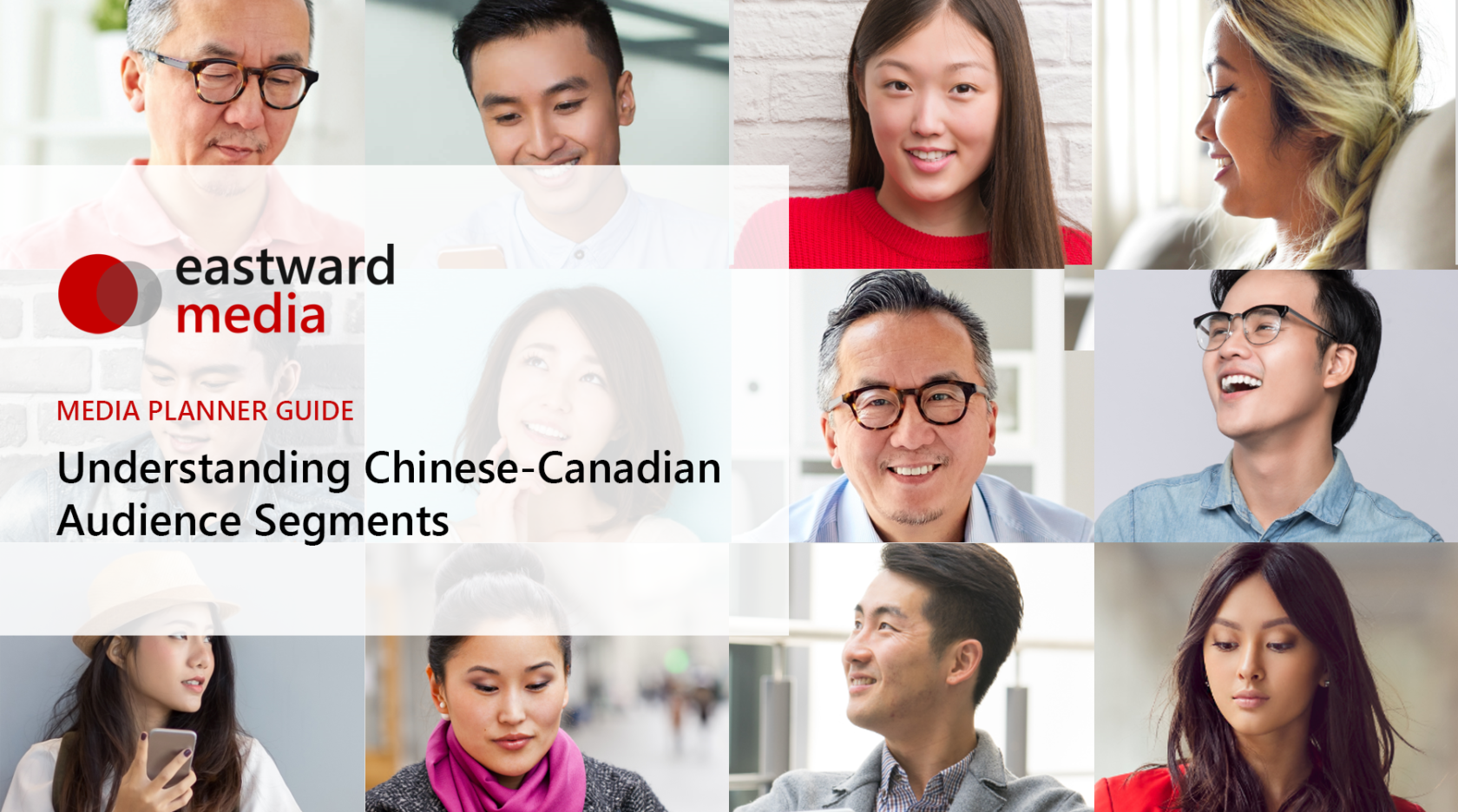 Planning season is an exciting time for media agencies in Canada. In a few short weeks, planners will painstakingly put together meticulous media plans to meet the marketing objectives of their clients. In Canada, a country of great cultural diversity, the best plans will include in-language channels into their strategic media mix.

At Eastward Media, our focus and expertise is in the Chinese audience, which is often misunderstood in Canada. This blog post hopes to dispel myths and preconceived assumptions about this important and rapidly growing cultural audience in the Canadian market.

Chinese Consumers in Canada: What are the Reach Challenges?

Over the past decade, many global brands have managed to gain a foothold in the China market (barring a few faux pas here and there, see Dolce & Gabbana). However, when brands try to engage the millions of Chinese consumers in their North American markets, they seem to flounder. Why?

It comes down to two reasons:

Breaking Down the Chinese Audiences in Canada

In Canada, there are at least five distinct Chinese Audience segments, differentiated by degree of acculturation, consumer needs, values and media consumption. We explain each group below using tenets from leading acculturation theory and consumer research.

The first Chinese Audience segment is Chinese-Canadians. This audience can be classified as ‘assimilated’, as they identify mostly with Canadian culture. Their parents, or grandparents who may have originally come from Mainland China, Hong Kong or other countries in Asia with ethnic Chinese populations, have some influence on their values and behaviours, however, they received a Canadian education and assimilated Canadian culture since birth.

Mainly consumes media content in English, and may not be proficient in reading or listening to Chinese languages. This audience can be reached through general market channels.

This group belongs to the category of ‘integration.’ From the former colony of the United Kingdom, Hong Kong Chinese grew up in a bicultural environment. They were impacted by a long history of East-West cultural confluence, including a bilingual lifestyle and education system. The majority of Hong Kong Chinese immigrated to Canada in the late-80s to late-90s, around the time Hong Kong was handed back over to China.

Consumes content in English and in Cantonese (Traditional Chinese script), depending on age. This audience can mostly be reached through general market channels. The Hong Kong Chinese audience segment is transitioning into the Chinese-Canadian (assimilated) audience segment.

Can consume more than half of their content in Mandarin (Simplified Chinese script), depending on age. This audience also uses websites and apps that are disconnected from Google and Facebook networks, and so can be difficult to engage through general market channels.

When brands refer to engaging Chinese audiences as a market opportunity, they are usually referencing the Mainland Chinese segment. Click here to learn how to target this audience accurately.

Taiwan Chinese Canadians belong to the category of ‘integration’ or ‘assimilation’. Immigrant generations grew up in an environment with East-West cultural confluence due to American influence in economy and governance. The average length of residence in Canada is quite long, as immigration from Taiwan started in the 1980s.

Consumes content in English and in Mandarin (Traditional Chinese script), depending on age. This audience can mostly be reached through general market channels. The Taiwan Chinese audience segment is transitioning into the Chinese-Canadian (assimilated) audience segment.

Pan-Asian Chinese Canadians are ethnic Chinese who emigrated to Canada from other Asian countries. They belong to the category of ‘integration’, and grew up in culturally pluralistic environments. They are the smallest Chinese Audience segment in Canada, and are often unrecorded in consumer surveys.

Consumes content in English, Chinese and other languages. This audience can be reached through general market channels.

At Eastward Media, we can help your agency execute digital campaigns across the proper channels to reach Chinese audiences in Canada, the United States, and around the world.

For a complete study on the Chinese audience in Canada, including details on their purchasing behaviors, consumer preferences and total media consumption, contact Eastward Media at info@eastwardmedia.com.