For many businesses, the growth in the Chinese population represents a market opportunity. In areas like San Marino (California), New York, Seattle, Vancouver and Toronto, Chinese immigrants are driving real estate, automotive and hospitality sales.

How can marketers reach the Chinese consumer market?

Language, culture and media consumption differences make the Mainland Chinese consumer segment in North America tricky for marketers. Tried and true channels like Google, Facebook and YouTube can be ineffective at reaching the Chinese audience, since the consumer segment retains their media behaviors from their home country.

Newly-landed Mainland Chinese consumers – an audience highly motivated to purchase big ticket items, financial products and vacation packages – spends the majority of their time on Chinese websites that specifically block Google and Facebook from accessing their user data and ad networks. The blocking is due to Chinese governmental regulations, and is commonly referred as the Great Firewall of China.

For instance, here’s a snapshot of the top media destinations for Chinese people in Canada and the United States in November 2017, data accumulated by comSCore: 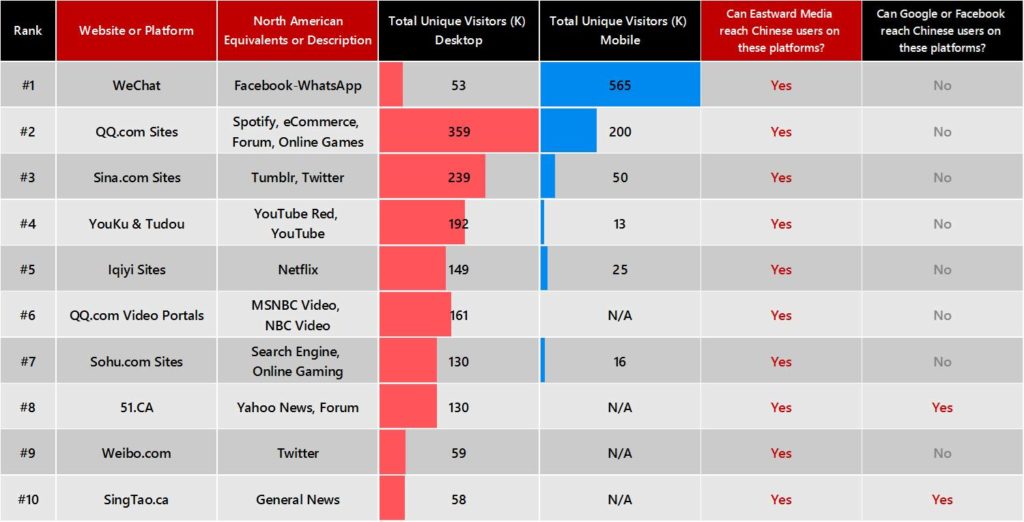 Chinese Online Audiences in the USA, 2017 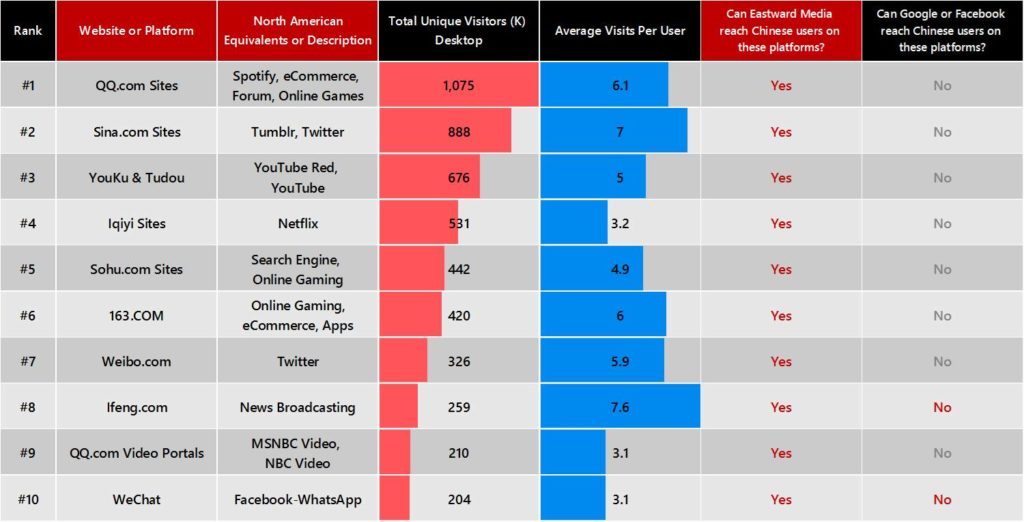 Eastward Media has established a programmatic ad network that enables North American businesses and brands to put their message in front of purchase-ready Chinese audiences.

Here’s how our platform compares at reaching Chinese audiences in North America:

If your business or ad agency needs to reach the Chinese consumer market in North America, we’re here to help. Contact us to discuss our white-label and partner offerings today.

Need to reach Chinese consumers audiences in the United States and Canada?
Contact us for a no-obligation consultation.